What is a Postnuptial Agreement? 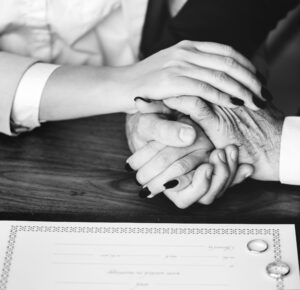 Are all Postnuptial Agreements Enforceable?

While Texas considers most postnuptial agreements enforceable, there are some circumstances that would deem the agreement unenforceable. This includes the following:

In summary, both parties must sign the postnuptial agreement voluntarily and all property and financial obligations should be disclosed before signing.

What is included in a Postnuptial Agreement?

As stated above, a postnuptial agreement is intended to determine the financial responsibilities and rights of each party in a marriage in the instance of a divorce. this can include a variety of financial obligations, including but not limited to:

Although a postnuptial marriage agreement cannot predict your future or prevent life’s uncertainties, it can prepare you for those risks and rewards. Lay the foundation for a successful marriage by providing security for both you and your spouse.

Notice
This article does not create an attorney-client relationship. Its purpose is to educate the public about the topic of post nuptial agreements. This article should not be seen as legal advice. You should consult with an attorney before you rely on this information.

When and How to Get a Prenuptial Agreement