The last year was fraught with an unpredictable landscape full of challenges as family law courts tried to figure out how to handle cases for couples and parents who were confronting unprecedented grounds for dispute and uncharted obstacles to the process. Here are some notable case rulings from 2020 that will continue to shape Texas Family Law in the future.

A North Texas father won a unique child custody case in April that could set a precedent for future custody cases.This important case was closely watched nationally because of its constitutional implications for other Texas parents. This ruling upheld the constitutional rights of fit parents by ruling in favor of the biological father of the 5-year-old girl.

When the child’s mother died in a car accident in 2018, both her maternal grandparents and the mother’s fiancé of three months filed for joint custody with her biological father. A Denton County judge dismissed the grandparents’ case, but granted the fiancé partial possession of the child.

Current Texas law makes the process of filing for child custody more difficult for family members, but much easier for non-relatives. The law allows a non-relative who has lived in a child’s primary home for at least six months to seek custody. The fiancé in this case had lived with the girl’s mother for about 11 months, and the child spent a little more than half her time in that home during that period.

After the father’s appeal made it all the way to the Texas Supreme Court, it was unanimously voted to reverse the Denton County trial court judge’s order granting partial custody to the fiancé of the deceased mother. In its ruling, the Texas Supreme Court held that when a fit parent’s rights for access or child custody are challenged by a non-parent, the court’s analysis of what is in the best interest of the child must include the presumption that a fit parent acts in the best interest of the child.

The Eighth Court of Appeals upheld the validity of a premarital agreement created in Chihuahua, Mexico; and it went further to say that it is possible for a foreign premarital agreement to be valid in Texas. In addition, it will generally be interpreted according to the laws of the state in which it was executed.

The parties married in Ciudad Juarez in 1996 and moved to El Paso in 2008, where the wife filed for divorce in 2013. The husband countered, citing their premarital agreement and seeking the confirmation of his separate property.

The trial court in El Paso County agreed with the wife, finding that Texas law applied to the divorce and any foreign premarital agreement was invalid. Dissatisfied, the husband appealed.

A mother appealed the termination of child support for her son after his 18th birthday in  the Ninth Court of Appeals.

Initially, the father in this case petitioned to terminate child support in September 2018, following the son’s 18th birthday in April.  The mother then filed a petition for continuation and increase of child support, claiming the son was enrolled in an accredited secondary school. The father testified the son was attending secondary school when he turned 18, but was not in compliance with the attendance requirements. The trial court terminated child support as of June 1, 2018, and the mother appealed.

In their ruling, the appeals court upheld the trial court’s denial of the mother’s petition. This case shows that enrollment in a program for a high school diploma may not be sufficient to justify continued child support. 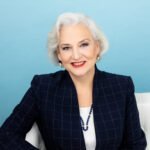 It is important to have someone on your side who is experienced in family law, especially with complex topics such as child custody and premarital agreements. Kelly J. Capps has over 25 years of experience in family law and its intricacies. To arrange a consultation with Kelly J. Capps of Capps Law Firm, PLLC, please call our Austin office at (512) 338-9800.

Notice
This article does not create an attorney-client relationship. Its purpose is to educate the public about the topic news in family law. This article should not be seen as legal advice. You should consult with an attorney before you rely on this information.

Coparenting During the Holidays

Social Media and Divorce in Texas