When you are a part of a military family, something you will need to deal with is moving. Permanent Change of Station (PCS) often means moving across the country or even the world. It’s a necessary and inevitable part of military life. However, things become even more complicated when you and your spouse decide things are not working out anymore and choose to divorce.

Military relocation has a major impact on child custody when moving out of state. The final step in a divorce case is having a judge sign a Decree of Divorce, which includes your parenting plan when there are children involved. Most Divorce Decrees in Texas include geographic restrictions. The same issue arises with SAPCR orders (Suit Affecting the Parent-Child Relationship). Geographic restrictions are typically based on the county in which the children reside and an order was signed and the counties touching that county (i.e. Travis County and Williamson County, Hays County, Caldwell County, Blanco County and Burnet County in Central Texas).

Child Custody and Relocation Out of State

Your orders may already address relocation if you are a military family. However, if they don’t, then you will be treated as any other family before the court. The parent with the exclusive right to designate the primary residence (what everyone associates with the term “custody”) cannot simply decide to move the kids outside of a set geographic restriction. The parent can move him / herself but would need to leave the child behind. The only way to relocate the child would be by seeking a modification to the Decree or SAPCR order.

If your custodial orders are already in place, and do not contain a provision related to military relocation, then you can work with the court along with your child’s other parent to modify the prior orders.  However, there are some important points to know before you decide to apply for a modification.

Relocation cases are often hotly contested and represent the majority of trials and jury trials. The other parent may not agree to having the child or children move to another state or country. If the other parent moves out of the geographic area first, then the restriction is typically lifted. These are difficult and complex cases where the parent wanting to move the child must show that it is in the best interest of the child to do so. The Military One Source website provides additional information and resources for parents dealing with military divorce.

Custody modifications when the parent with primary custody is deployed

The Servicemembers Civil Relief Act (SCRA) covers all active duty service members, reservists, and members of the National Guard while on active duty. The protection begins on the date of entering active duty and generally terminates within 30 to 90 days after discharge. SCRA includes language saying that courts cannot use military deployment as a reason for denying service members child custody.

Specifically, under the SCRA, you can:

What this means is if your spouse attempts to change the child custody status while you are deployed, you can invoke your rights under the SCRA to postpone the hearing.

Unless the parents (and anyone else named as a conservator) agree, the court can’t permanently change custody just because a military parent has been deployed. However, either parent can ask the court for temporary orders that temporarily change custody during deployment.

When the military deployment ends, the temporary orders end.

Seek Help When Navigating Child Custody During a Military Divorce 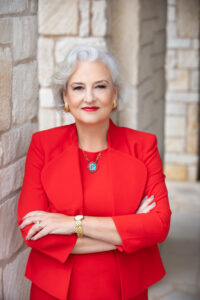 Divorce is never easy, but when either or both spouses are in the military, the process can be even more difficult. Understanding how Texas military divorce laws could affect your family is important.

Talking to a Texas divorce lawyer experienced with military divorces is critical so you will be able to protect your legal rights and obtain the best settlement for you and your children. Kelly J. Capps is a knowledgeable family law attorney with experience handling military divorce cases- she works hard to find the best path forward for her clients and their families.

Notice
This article does not create an attorney-client relationship. Its purpose is to educate the public about the topic of family law. This article should not be seen as legal advice. You should consult with an attorney before you rely on this information.
Recent Posts
Categories
Previous

What’s the Difference Between Mediation and Arbitration?

Getting a Divorce in Texas During Fertility Treatment